While a practising barrister for 40 years (1973 – 2012), David successfully carried out negotiations on behalf of his clients as a regular part of his practice as a civil litigator mostly in housing and planning law. During his practice he represented clients in courts at all levels from magistrates court to the Court of Appeal, the House of Lords and the European Court of Human Rights. One case was amongst the first to be filed in the Supreme Court on the day it opened in 2009 replacing the House of Lords as the UK’s highest court. The cases included civil claims (including judicial review) arising from land and housing issues as possession, homelessness, breach of contract, disrepair, unlawful eviction and adverse possession and also equality and discrimination issues related to housing as well as prosecutions for housing offences on behalf of both local authorities and individual clients.

Since qualifying as a mediator, David has adapted his advocacy skills to the task of assisting the parties in dispute to discover themselves the solution acceptable to them. He has both represented clients at a mediation as well as mediating other disputes. Examples include contractual disputes between providers of services and proprietors of care homes/hotels, inter-tenant disputes concerning allegations of anti-social behaviour, a dispute between a long leaseholder who had carried out unauthorised structural works and the freeholder, disputes between the house-owners and an occupier about the legal nature of her occupation, unpaid rent and return of deposit, dispositions in a will where the main asset was a house, a dispute between a housing association and its tenant arising from breach of a repairing covenant, a possession claim brought by a local authority against the occupier of a pitch on the Council’s Gypsy Caravan Site, injunction proceedings brought against vehicle dwellers in its area by a local authority and a dispute as to the extent of the equitable interest in a property held on trust between parties whose relationship had broken down.

While his legal experience makes him suitable for housing, land or planning disputes, he does not regard his mediation practice as confined to those areas. David has the ability to find out the common ground between people who are in dispute and to enable them to come to agreement. His relaxed style gives parties confidence to engage fully in the mediation process and reach a resolution.

In various capacities David has chaired meetings, seminars and conferences where participants have represented a range of diverse views and he has succeeded in obtaining agreement and positive results. For example, David has previously held executive membership of the Housing Law Practitioners Association (HLPA) and the Administrative Law Bar Association (ALBA) and was vice-chair of the former. He was a member of the Civil Justice Council, a statutory body, which reviews the civil justice system and refers proposals for change to the Lord Chancellor/Ministry of Justice. He was the 1st Chair of its Housing and Land (later Property) Committee which drafted dispute resolution procedures being the Pre-Action Protocol for possession claims based on rent arrears and for mortgage arrears which came into force in 2006 and 2008 respectively.

In 2005 David received the ‘Barrister of the Year’ award at the LALY (Legal Aid Lawyer of the Year) awards ceremony. He has been described as ‘an outstanding barrister, with an excellent understanding of the law [who] provides quality advice’ (Legal 500, 2011).

What the parties say

I would definitely recommend David Watkinson as a Mediator again – Ms D, solicitor, landlord and tenant dispute – and she did.

We are relieved and happy at the outcome of the mediation. David’s mediation was flawless – Party in a property dispute.

David was excellent – solicitor in a land dispute 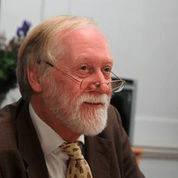